At 7pm on Saturday, January 15, Hudson Valley Indoor Tennis is going to close for – hopefully – one week. We are tentatively scheduled to re-open on Sunday, January 23 at 8am.

The official number of active COVID-19 cases in Ulster County is now 6,622 with the real number probably thousands higher. The peak from last January was a little over 2,500. Although the current Omicron surge is not sending the same percentage of infected people to the emergency room, the sheer volume of cases is making it difficult for area hospitals. In addition, the club is being notified daily regarding people who were scheduled to play – or had just played – and then found out they were infected.

We expect the club closing to be quite short lived because this surge is already showing signs of peaking. We will send out another email a week from today notifying all members whether the club will re-open on Sunday, January 23 or whether we will remain closed for a second week.

Whether it be one week or two, the lost week(s) will be added at the end of our season so that all contract groups get their full 30 weeks of play.

We can definitely see the light at the end of the tunnel. Everyone hang in there and we will be back in touch next week. 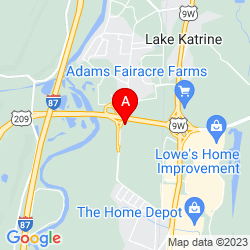